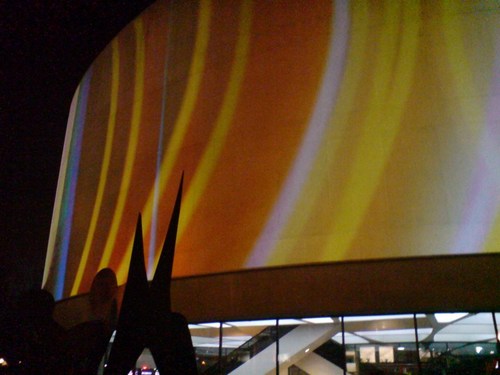 We came out of the Hirshhorn tonight after the surprise [to me] screening of Space is Process, a 2010 documentary about Olafur Eliasson, only to find they were testing Doug Aitken’s Song1, a 360-degree projection on the barrel of the museum. 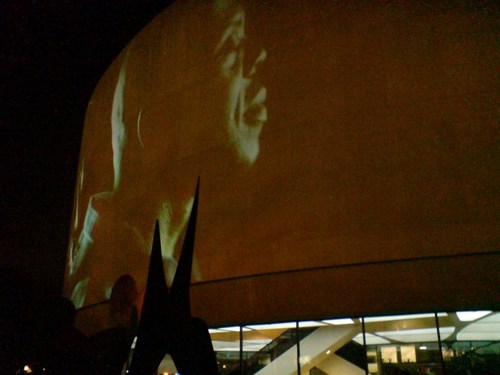 I had been worried about how well buff-colored aggregate would hold up as a projection surface, but I tell you, it looked pretty great. Amazing, even.
And seeing it suddenly makes you wonder–and by you, I mean me–why doesn’t the Hirshhorn project things on the surfaces of the buildings more often? You know what, why not all the time? 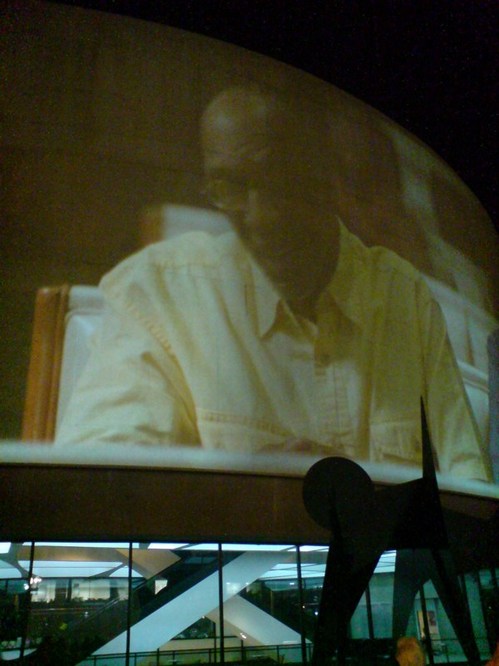 And that leads to the next logical question: what should be projected on the Hirshhorn?
Song1 is a hypnotic, laconic, melancholic sequence of closeups of an LA Basinful of people singing “I Only Have Eyes For You,” intercut with abstract CG motion graphics. Its narrative doesn’t seem anywhere as complex as the multi-screen Sleepwalker, projected on MoMA, but it seems thoughtful, and definitely works as a beautiful proof-of-concept.
But. So.
What else is going on the Hirshhorn Channel? The potential [or maybe the temptation] for agitprop and politically charged artworks seems either irresistible or anathema, depending no how involved one is in wooing Congress. The Hirshhorn and the Smithsonian at large are likely not interested in actually biting any hands that feed them. 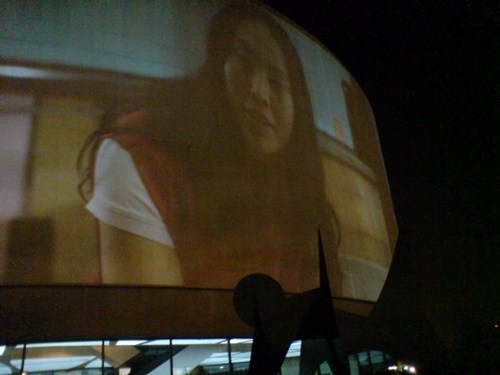 And starting Thursday night at 8pm, that strategic non-engagement pact will be on view from the Mall in full, dazzling force.