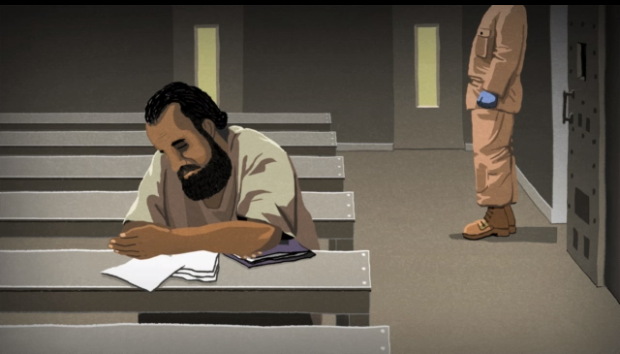 the blue gloves
The Guardian commissioned this animated short by director Jonathan Hodgson about the ongoing hunger strikes by prisoners in Guantanamo. The content and text are all based on testimony of five men who are still imprisoned six years after being cleared for release.
The disturbing treatment depicted in the film is largely dictated by the US military’s standard operating procedure regulation manuals for handling prisoners and administering force feedings.
Guantánamo Bay: The Hunger Strikes – video animation [guardian]
Previously, related: Standard Operating Procedure