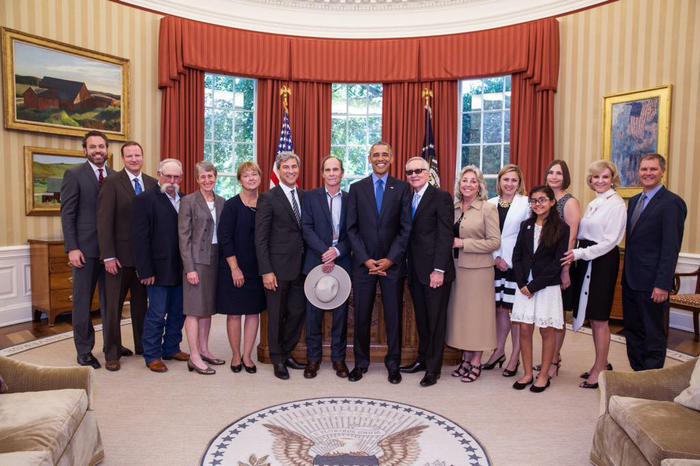 If I had to make a list of photo ops I could never imagine, Michael Heizer standing alongside Pres. Obama and Sen. Harry Reid would be right up there. And yet here we are.
Heizer, along with LACMA director Michael Govan and others, gathered to celebrate the designation of the Basin & Range National Monument, which protects 704,000 acres of Nevada wilderness, ranchland, and Heizer’s decades-long project, City, from oil extraction or encroaching development.
Spiral Jetty‘s on 10 acres. Lightning Field‘s on a few thousand, plus DIA’s bought up 9,000+ surrounding acres to protect the view. With 700K plus a high-powered entourage at the White House, it’s as if Heizer has out-Earthworked all the Earthwork artists with the biggest Earthwork on Earth.
[via @RepDinaTitus]