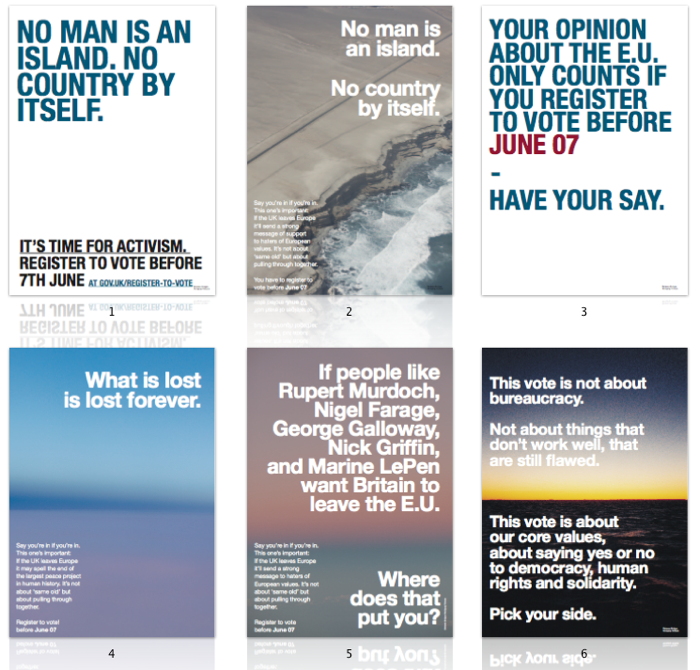 Wolfgang Tillmans is worried about the impending vote for the UK to remain in the EU. So he and his studio assistants created a set of posters to encourage people to stay in, and especially to vote, and to register to vote. UK voting registration must be completed by June 7.
After they were released yesterday, I tried to find a printer in the US who could easily handle an A1 (33×24 in, roughly) size. So far, nothing. I need to print them out before the vote, though; if it goes awry, I don’t think I’ll have the heart to make a memorial set. 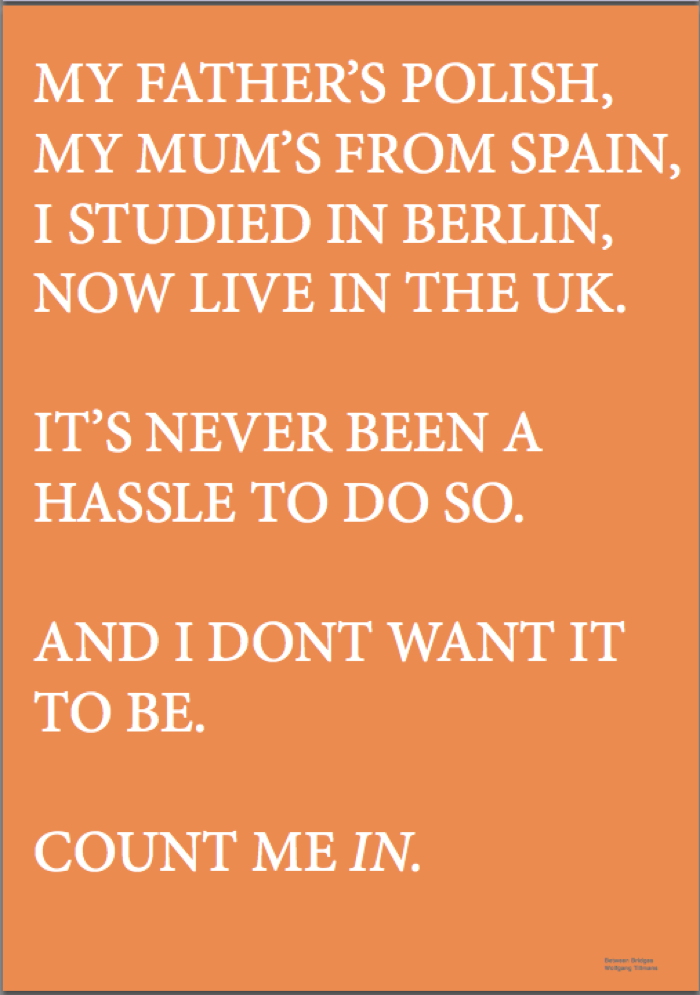 I also tried to find anyplace that can confirm that Wolfgang’s parents are Polish and Spanish. He grew up in Germany, and I always understood he was German-in-London.
There are a couple of atmospheric landscapes, and some of the posters are now-classic Tillmans abstraction, but most of them are straight-up text, a new direction for Tillmans’ practice. Text are images, though, so it’s really not that far afield. The most intriguing poster for me is #24. It’s completely blank.
It’s probably the one that most closely mirrors my feelings about the EU’s right-wing turn lately; I just haven’t known what to say. And it boggles my mind that the Britain and Europe of my generation are creating such an existential crisis for themselves.
Read Wolfgang Tillmans’ letter and download and circulate the posters [tillmans.co.uk]
UPDATE: So I emailed Wolfgang’s studio to find out the story behind the blank poster, and the next day they replaced the pdf file. The new poster bundle includes two new posters, and the monochrome is gone. So now we know. And that original 4.21 pdf is vintage/collectible.